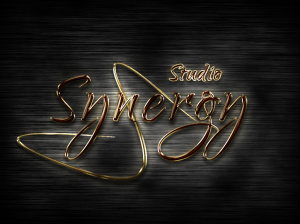 4PocketsAudio, makers of Aurora Sound Studio and Meteor bring us a unique new program called Synergy Studio. If you’ve seen their Aurora program you’ll notice some similarities. Not to say Synergy is the same, not at all. Synergy is a whole new ball game. 16 tracks, robust automation options, lovely instruments, quality FX with 3 bus sends, Waveform editing, and so much more packed into this fully loaded studio offering.

Personally speaking I’ve never properly bonded with the “Tenori-ish” style interface. Somehow Synergy delivers that style of experience but with a much greater integration of intuitive design and a massive amount of tools. Seriously, this thing is packed to the brim. It has a flow to it that feels more fluid than others of this style. For this interface style, Synergy provides the most comfortable music production environment.

Synergy can do it all. From being used like an instrument, creating simple short patterns, or highly complex layers chaining into a full-blown pro quality production. It can be done. Compose, mix, edit, and master all in one place.

The variety of included preset instruments are many and really have a high-end sound quality to them. No cheap sounding presets, though not exactly stuff we haven’t heard before. All of the presets can be modified in great detail to create a new sound, and then be saved for future use. If that’s not enough, (and really is it ever?) you can of course import your own samples via Dropbox.

Synergy is a fully loaded ride, so I recommend checking 4PocketsAudio for the full detailed list of specs and features HERE

16 tracks is a nice amount of room to work in for an all-in-one mobile studio. It’s a unique environment to produce music in, with the colorful sequencer, buttons full of tools, or sub menus with even further options. It can be a tad confusing at first. Thankfully for those familiar with 4Pockets previous entries into iOS music there will be a lighter learning curve, as much of the menu structure is very familiar. If this is your first shot at their products, don’t sweat it; the app comes packed with many helpful options including a manual. If you can read, you can figure it out.

I’ve been giving Synergy a good workout for a few weeks, and I’m happy to report that so far it’s not crashed once. Hooray for stability! A very important thing to consider when shopping for a complete mobile music studio. Compared to some of the more recent studio apps, Synergy does sound the best.
I can see Synergy being an attractive option for anyone looking for a fresh and complete studio view. Even if you’re not in the market for a whole new studio, Synergy would make a fine addition to your collection as a sequencer, editor, and looper. The sequencing and arpeggiator alone is worth the price of admission. Background audio enabled, MIDI, and direct audio recording add to the many useful options.

All things considered, this is potentially a great app. 4 stars, recommended.—See UPDATE below.

Synergy Studio now supports Audiobus. A very welcome feature for sure!
As well as having added Audiobus support 4Pockets has addressed stability concerns effecting some users.
There still seems to be some slightly noticeable latency on the “Dots” and the keyboard input making live play a bit challenging for rhythmic players. Generally speaking I’m not having much difficulty with Synergy’s latency with making electronic music less dependent on beats. This may be different for others.
It has some quirks and could use a little more polish overall, but nothing that impedes its functionality.
As with any new music app of this complexity its understandable that there will be things to iron out. I would consider SynergyStudio to be a fine addition to any collection of music apps. With Audiobus support now, having Synergy and Meteor together offers keen advantages and convenience.