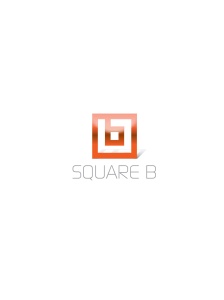 Vio created by Square B

Vio now has Audiobus support. Landscape is now supported and advanced features are visible by default. Some other improvements have been made with stability and the interface. I don’t know about you, but I’m really glad for Audiobus support. This app can be loads of fun, but now its more convenient and useful. A cool app for sure!

Vio is the first app that made me briefly believe I could actually sing. I can’t, but Vio does an amazing job with transforming my terribly tone deaf vocal efforts into perfectly tuned crooning.
Mostly Vio effects whatever audio is put through it in unusual, but cool ways. With the “Advanced Settings” enabled you can make sure its all in tune with more options for key and scale. 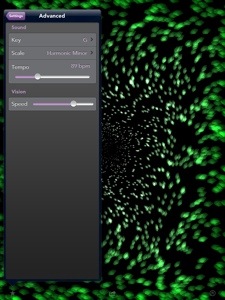 Visually, Vio is pretty though simple. As you can see from the screen shots there are a few different shapes to choose from. Additionally there are several unique “Sounds” to choose from. They each have a unique quality, but some sound much like others with subtle differences that become more obvious through touching the screen, pinching and dragging around. 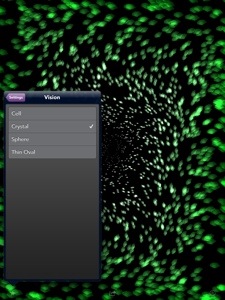 Vio turns your iPad into one big X/Y controller to interact in real time with whatever audio its capturing. The sounds or effects, range from deep reverberated space, to closed in, modulated, vibration, and robotic sounds. They are good FX for not just singing but for any live audio you might want to spice up. Experimenting will reveal entertaining and practical results.
The built in device mic works fine, but I’d recommend using a separate microphone like an iRig Mic. 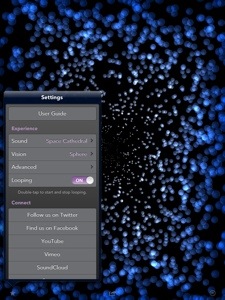 Yes, Vio has Audiobus support coming for the “Input” slot in its very next update! It’s already shown in the Audiobus input apps selection.
Id have liked to see Vio with support for the “Effect” slot, but sadly not yet. Using it while recording from your preferred “Output” app is effortless. If you do not wish to take the bus, Vio also has DropBox, SoundCloud, AudioCopy and iTunes File Share to move your Vio recordings. I love how something as beautifully simple as Vio can be such fun and inspiring. 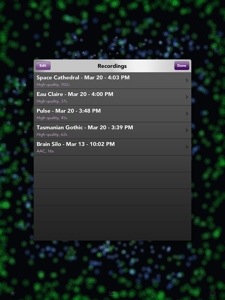 Fun and useful, Vio is available in your iTunes App Store